Singin' In The Rain, Under the Stars!

I was fortunate enough to win two tickets to an outdoor screening of Singin' In The Rain, with musical accompaniment by the Royal Philharmonic Orchestra on The Dressing Parlour blog a couple of weeks ago.  Thank you so much to Alison for the tickets!  If you are not following her blog already, then head over there and show her some love. 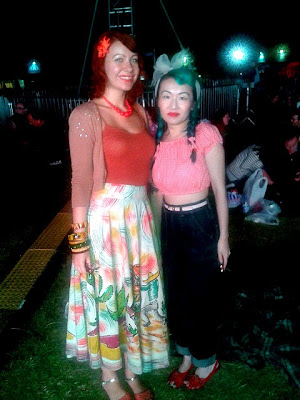 My good fortune came just days after the bird poop incident (if you don't know what I'm talking about, then please refer to this post) so I am not sure if it was a coincidence or if it was continued caca karma.  Either way, I was super excited to win, as I just love the movie! 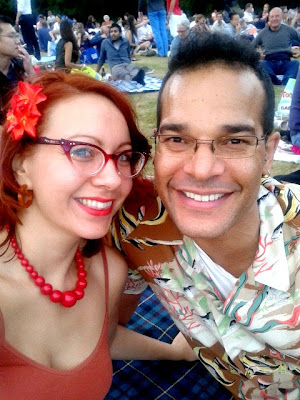 The screening was part of the Live by the Lake series, located on Hampstead Heath by Kenwood House.  The setting was beautiful, the weather was sunny and warm (until night time hit - at which point we got under a blanket!) and there were three screens set up in addition to the main stage, so everyone had a great view, regardless of where you sat. 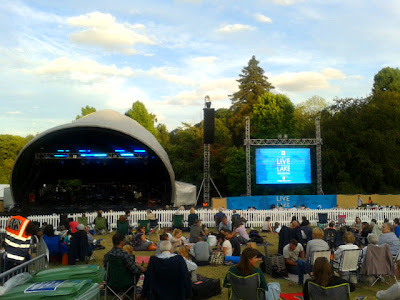 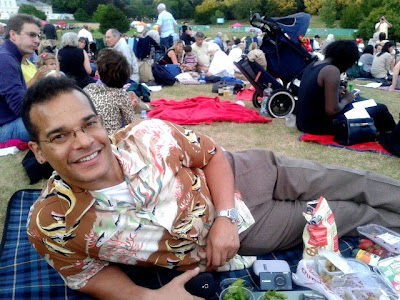 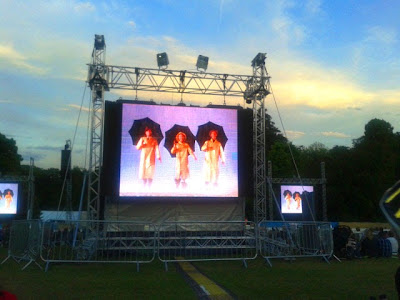 We brought along a picnic, and snuggled up to watch Gene Kelly and that charming smile of his in this classic 1952 musical comedy.  Incidentally, Gene's wife Patricia Ward Kelly was also in attendance, and introduced the movie, as well as sharing some fun stories before the screening.

Did you know that when filming the famous rain scene, Gene Kelly had a fever of 103 Fahrenheit (that is 39.44 Celsius!!!!)?  Can you believe it?  If you watch the scene, there is no indication that he is in the slightest bit ill - he was a true professional, and it makes me appreciate the performance even more. 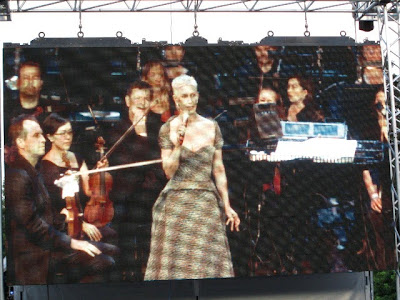 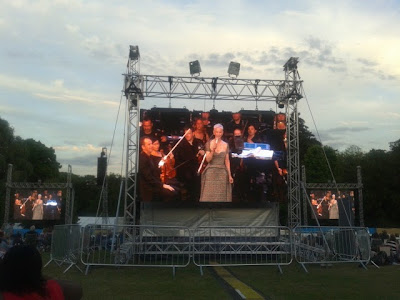 She also cleared something else up: there was no milk in the rain!!! 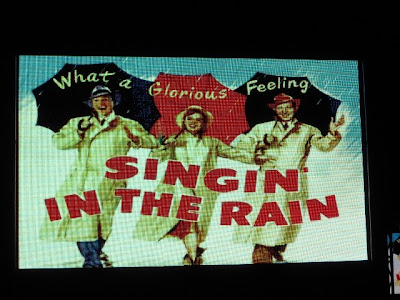 The Royal Philharmonic Orchestra played the music seamlessly with the film, and we found out that the original score for the movie ended up in a landfill under the 405 Freeway in California (!!!!!!), so was painstakingly rewritten by John Wilson, who listened to the soundtrack over and over again and reconstructed the score over the course of a few years. 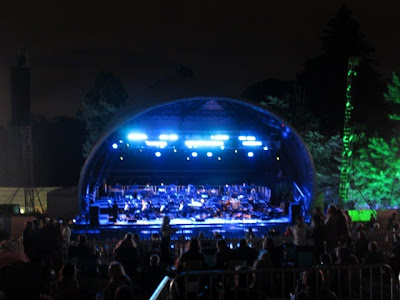 We had a great evening, and even ran into an old school friend of mine during the interval, which was a nice surprise.  As you can imagine, we spent the rest of the weekend humming tunes from the film....Moses supposes his toeses are roses...
Posted by Incendiary Blonde at 1:18 PM 22 comments